Some of the best methods for coaching I have picked up have come from teachers.  The fact that most sports staff who work with children don’t use teachers know how to pick up a thing or 2 is baffling.  Coping with difficult pupils, preparing a lesson for a wide range of abilities and balancing the respect/like factor are things that most teachers have down to a tee.  Their knowledge is incredible!

Methods can certainly go the other way however.  Having made the transition from full-time coach to supply teacher/TA, there have been certain methods that I have used with the classes I have taught that were picked up on the Football field.  Some seem obvious, some are likely being used by certain teachers and some may be dependant on the students…no one school is the same after all. 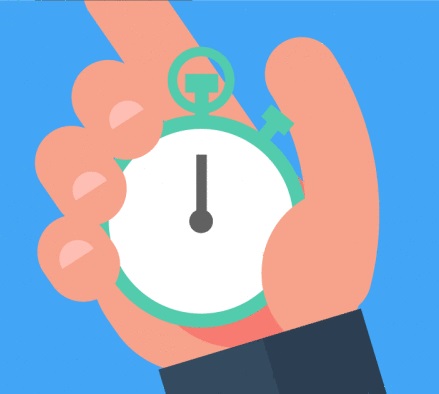 All teachers have done it.  I know I have as little as a week ago.  We are explaining an activity or task and talking begins.  Rather than addressing it by getting the children engaged, we ask them to be quiet, or ignore it as it gets louder and louder.  For certain tasks, it is understandable.  They may be complex and with such a wide variety of academic abilities in class, they may also take a long explanation.

As coaches we are advised to limit our group interventions to 30 seconds a time.  Any longer and you lose the group.  As a result, it forces us to get the children active quickly, as well as to make sure our communication is clear and concise.  When the session moves forward is when we step in and offer feedback, both individually and collectively.

This takes a lot of bravery admittedly.  To send kids straight into the unknown is a challenge for them and you.  However, based on a Year 3 class I taught only last week, it also means they don’t get told to quieten down as much.

Try taking a stopwatch into class with you next time out and time your interventions.  You will find that your communication becomes more effective as you strive to hit that 30 second maximum.

In 2015, a colleague of mine introduced me to an app called After Action.  It provided a way for the players I coached to evaluate themselves after games.  They would fill in a short questionnaire, ranking aspects of their performance out of 10.  They also wrote a small section on what they did well and what they needed to improve on.  It was excellent and gave me great insight into their mindset.

Having students fill in a daily self-evaluation form is probably not practical.  Giving the class ownership on a daily basis certainly is.  I was recently teaching a class for 3 days.  Their behaviour, particularly their ability to listen, was questionable at best.  Even the TA’s were surprised.  On day 2, I asked them to rank themselves out of 10 for behaviour, work ethic and listening.  The scores were as follows

When they announced that they were giving themselves a 2/10 for listening they were visibly and verbally upset by it.  This was despite it being THEIR score!!!  Needless to say, the following day when I asked them to score their listening, they had risen to a 5/10 (justifiably as well).

Try giving the children some ownership with a self-assessment.  As well as encouraging good behaviour it also provides motivation for learning. 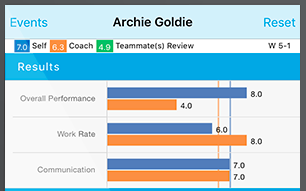 I know this is easier said than done.  The need for teachers to hit targets with SAT results is a pressure that means certain procedures must be followed.  Forget the fact that Virgin owner Richard Branson left school without a qualification to his name, facts and figures are what make our job justified to those supplying our salary.

But subjects such as Music, Drama, Art and P.E. certainly have the option for teachers to approach things a little differently.  Mistakes are a MASSIVE part of learning.  Michael Jordan missed shot after shot as a Basketball player to go on to become his own brand.  David Beckham overcame a red card and years of abuse to become a national hero.  I haven’t had an accident again since paying £1,500 to fix my car after driving in a way I shouldn’t have been.

Encouraging mistakes plays a huge role in sports coaching.  It allows coaches to ask players what they could do differently next time, allowing them to discover the lesson at hand.  The beauty of asking the question is that children may come up with the answer that you are thinking, they may also come up with a solution that never crossed your mind.  I recall watching Barcelona vs Getafe live at the Nou Camp.  The ball was passed back to the Barca Goalkeeper, whose options to make a short pass were cut off.  His only option, or so it seemed, was to kick it long.  Instead, with the opposition striker closing him down, the keeper chipped it over his head, to the feet of his nearest defender.  No coach in the World would teach their keeper to do that!  That kind of skill doesn’t just happen, it would have taken a lot of trial and error since childhood to have the confidence to do that and ability to pull it off.

Even in the academic world, this form of teaching is possible.  In the book The Art of Possibility, Benjamin Zander talks about the time he gave his entire class an ‘A’ on the first day of class.  This immediately took away the pressure from students to perform to a certain standard.  They made mistakes but were comfortable learning from them knowing that the grade was secure.  What this lead to was individual performances of the end of semester symphony that each had the students’ own personalities attached to them, this making the music that more outstanding to listen to.

Everyone makes mistakes and anyone who says they don’t is a liar.  Give your students the opportunity to make these mistakes and feel ok about them.  The solutions they come up with could change the World. 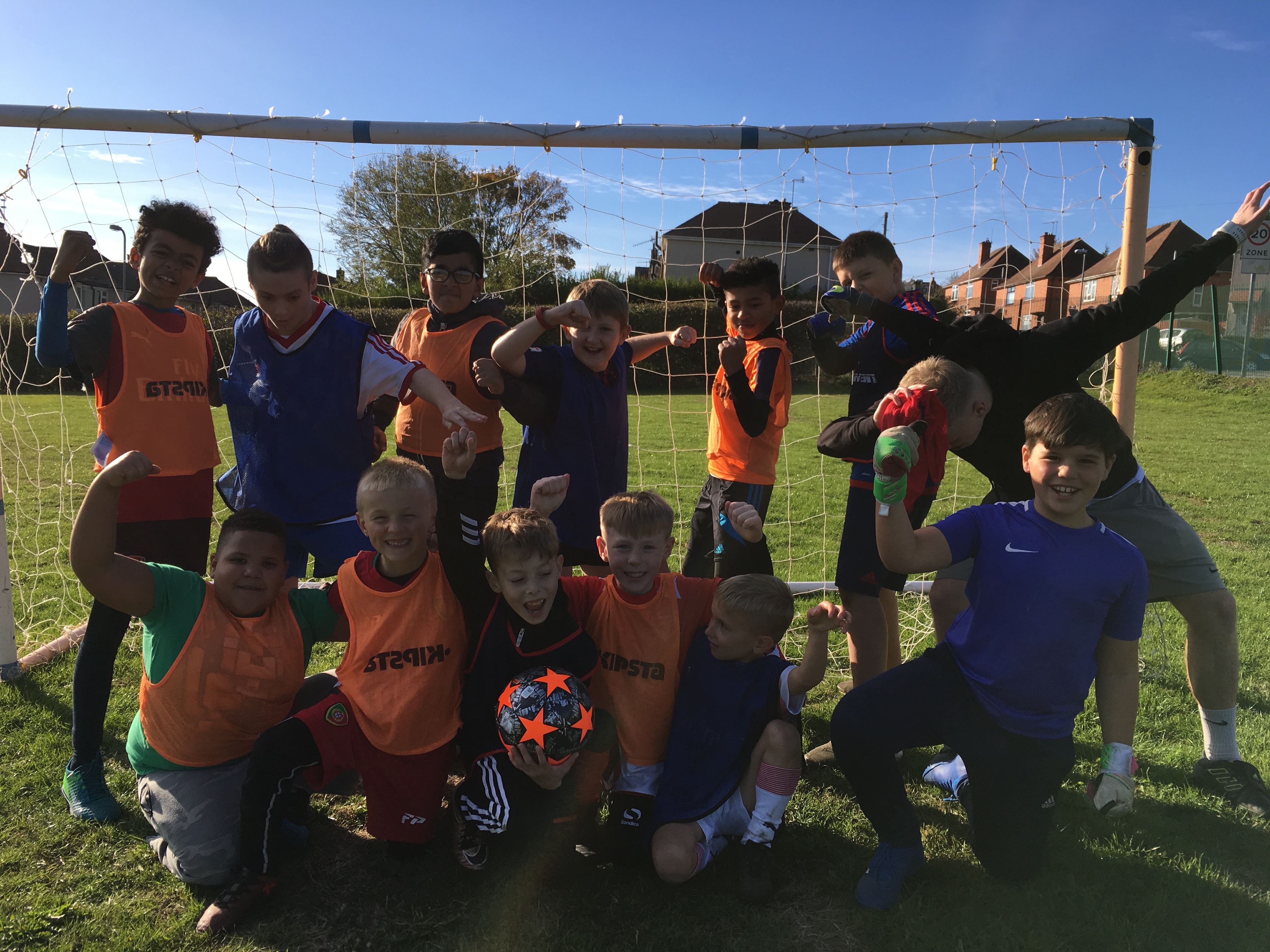 My final year of junior school saw me placed with a teacher by the name of Mr. Wilding.  I had only ever experienced him leading a school assembly.  If he caught anyone fidgeting, talking or not sitting properly would be stared at while he yelled “YOOOOOOOUUUUU!!!!”  The entire hall would turn their eyes onto the poor kid, who would be looked at by Mr. Wilding until they were in tears.

I also heard rumours of Mr. Wilding throwing kids across the classroom with one hand, dragging them up and down flights of stairs and any other ridiculous story that obviously wasn’t true, but to an impressionable youngster who had only ever seen him in assembly, it was believable.  He was a scary individual.

That first day of year 6 saw absolute silence in class.

The point here is that he was part teacher, part mythical beast.  We as students could never relate to him.  As a result, we were never at ease.

In coaching, this generally doesn’t help children.  We want our players relaxed and playing without fear.  Therefore, it greatly helps if our children understand we are like them.  My players know about my crashed car.  They know that I used to day dream in school.  I have even shared with them the bad days I had after a break up got the better of me a few years back and the results in performance and attitude has been plain to see as a result.

Having led a classroom, I understand the need to come across as a holier than thou individual.  But it’s just not a true representation.  Allowing children to realise that you were like them leads to a greater level of respect.  It shows that you have learned the difference between right and wrong.  That can only lead to better communication between you and them.