Carrot or the Stick?

The Carrot, the Stick or the Alternative?

In our most recent guided reading lesson, my year 4 class were studying a book titled “My life as a Tudor Schoolboy”. One of the sections stated that Tudor schoolchildren were beaten with a birch cane. When the class asked what that meant, I took a ruler and slapped it as hard as possible on the table, explaining that is what would have been done to their knuckles in Tudor times. Their faces told the picture, with one child stating, “detention doesn’t seem so bad now.” Others said they wouldn’t have attended school!

In recent years the debate as to whether to use more carrot (praise/reward) or more stick (discipline/punishment) has become commonplace in most trades, but especially in educating children. With children coming from different upbringings, home lives, parental control and living environments, it is not such a straight forward answer.

The Benefits of the Carrot

At my most recent school, pupils were awarded E-praise points for doing something that fell in line with the school’s ethos. Having only been there for 6 weeks, I was able to see the look of satisfaction in children’s faces when they were awarded these. Going one step further, we had access to the leader board for the entire school. One young lady in my class was in the top 10. As a child with potential ASD, this was a huge step for building her confidence.

Teachers and coaches alike are taught to acknowledge good behaviour and ignore bad/disruptive behaviour for as long as possible. The same should go for parents. Something as simple as a “thank you Jonny” to the boy standing in line, or “well done Lily” to the girl performing her pre-practice tasks can do wonders if said within ear shot of everyone else. Others will want to receive that same praise and follow suit. As parents of siblings, highlighting the good behaviour of one can help influence the other.

The Challenges of the Carrot

This all seems well and good, but as with anything, too much of a good thing can soon become counterproductive. Studies have shown the carrot approach to be having a detrimental effect on several traits in children and young adults. It’s not hard to believe when you consider the “Carrot and Stick” method was named after 2 possible uses for training a donkey!

The biggest challenge with consistent praise or reward is that children end up chasing the reward instead of the achievement. They become more concerned about impressing the person instead of doing things for themselves. The reward offers a dopamine spike, in the same manner a drug addict gets from a hit. The intrinsic motivation isn’t there to perform. Everything becomes extrinsic.

I’ve had a situation in the past where I was coaching a youth football team and players were being offered money by their parents based on how many goals they scored. It’s understandable that parents would do this. Parents want their children to succeed and as a result offering rewards for success is an easy way to motivate them. The realism became that those players became less bothered about playing the game and more bothered about winning the money. Passes were at a premium and the development they had been making in practice had gone. Sadly, they were worse players for it. It was the short term results over long-term development mentality.

Studies have shown that rewards for success are likely to lead to a decrease in creativity. Examples are rife for how rewards can decrease the need to take risks. In Football for instance, young players perform a lot differently when medals and trophies are on offer. The amount of times I have heard a player told off in a U10 game of football for trying a 1 v 1 move instead of making the safe pass would require at least 6 abacus’!  Compare this to professional academies where results and league tables are only introduced at U18 and players are given a license to attempt things that may or may not work.

The first iPod, starting up Amazon and the 1974 Johan Cruyff led Dutch football team are all examples of people displaying creativity and taking risks to break the mould and aim for success… all characteristics that are built in our formative years. It benefits our children long term to allow that intrinsic motivation to build, despite the quick-fit ‘benefits’ that a reward can offer. 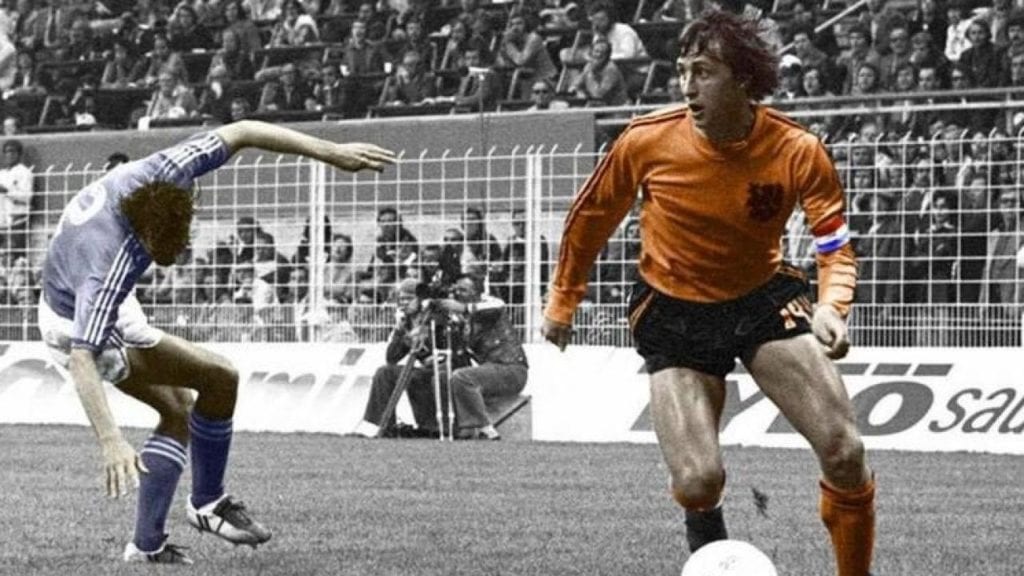 The Benefits of the Stick

Traditionalists will argue the benefits of the stick. Many who I have met, that were school children up until 1986, often say there was nothing wrong with it. I remember a teacher of mine (corporal punishment had been banned by then) who was obviously a product of that generation of teachers. His aura preceded him, with students at the school wishing they wouldn’t be in his year 6 class as early as year 3! He had this booming sound to his voice and whenever someone acted out of line in assembly, he would scream at them and stare them in the eye until they broke. Upon entering his class, he laid out English, Maths, Science and History work at the front of the class, told us to get on with it in any order that we wanted and sat at his table. Nobody said a word and every worksheet got completed through fear of what might happen.

From an evolutionary standpoint, people tend to avoid punishments. Our senses heighten when we fear that this may happen. Cavemen would have felt it when they feared an attack from a predator. Drivers feel it when a police car appears in their rear-view mirror and school children feel it when there is a chance they may get in trouble.

My most recent school placement saw them use a system called “Good to be green”. All children started the day on green, moving down to different shades if they misbehaved – yellow (warning), orange (time out – sit on their own for 20 minutes) and red (removal – out of the class with the designated staff member and an after-school detention). The class I was with had previously been allowed to get away with being overly noisy during their independent work time. I used the good to be green system to my advantage and noticed the difference in behaviour within the space of a week. Students were quiet, getting work finished and reviewing their work upon completion.

The Challenges of the Stick

As with the carrot, there comes a point when too much of the same thing becomes void. When people expect to be treated in a certain way, all impact is lost. Having worked in an area of high deprivation, raised voices and shouting were the norm for children growing up in those households. Naturally, raising my voice in class had little to no impact on getting children to be quiet and listen. As far as they were concerned, it was just background noise they were used to hearing daily.

In a similar manner, some of my students who consistently reached red on the good to be green chart, began to see detentions as a regular part of their school week. The threat of receiving one had no impact on how they managed their behaviour.

The stick, like the carrot, can also shape reputations. There was a boy at my previous school who was very polite, kind and helpful. He also wanted as much attention as possible. If he wouldn’t get it from me, then he would find ways to get it from his classmates. This, of course, led to constant disruptions in the class, not only with me, but with previous teachers as well. Needless to say, he saw himself on yellow, orange and red more than most.

What this also led to, was a reputation among the other students where if they did something wrong, they would use him as a scapegoat. “Little Jonny told me to do this” or “Little Jonny made me do it.” More often than not, Little Jonny (not real name!) was no where near the incident in question. 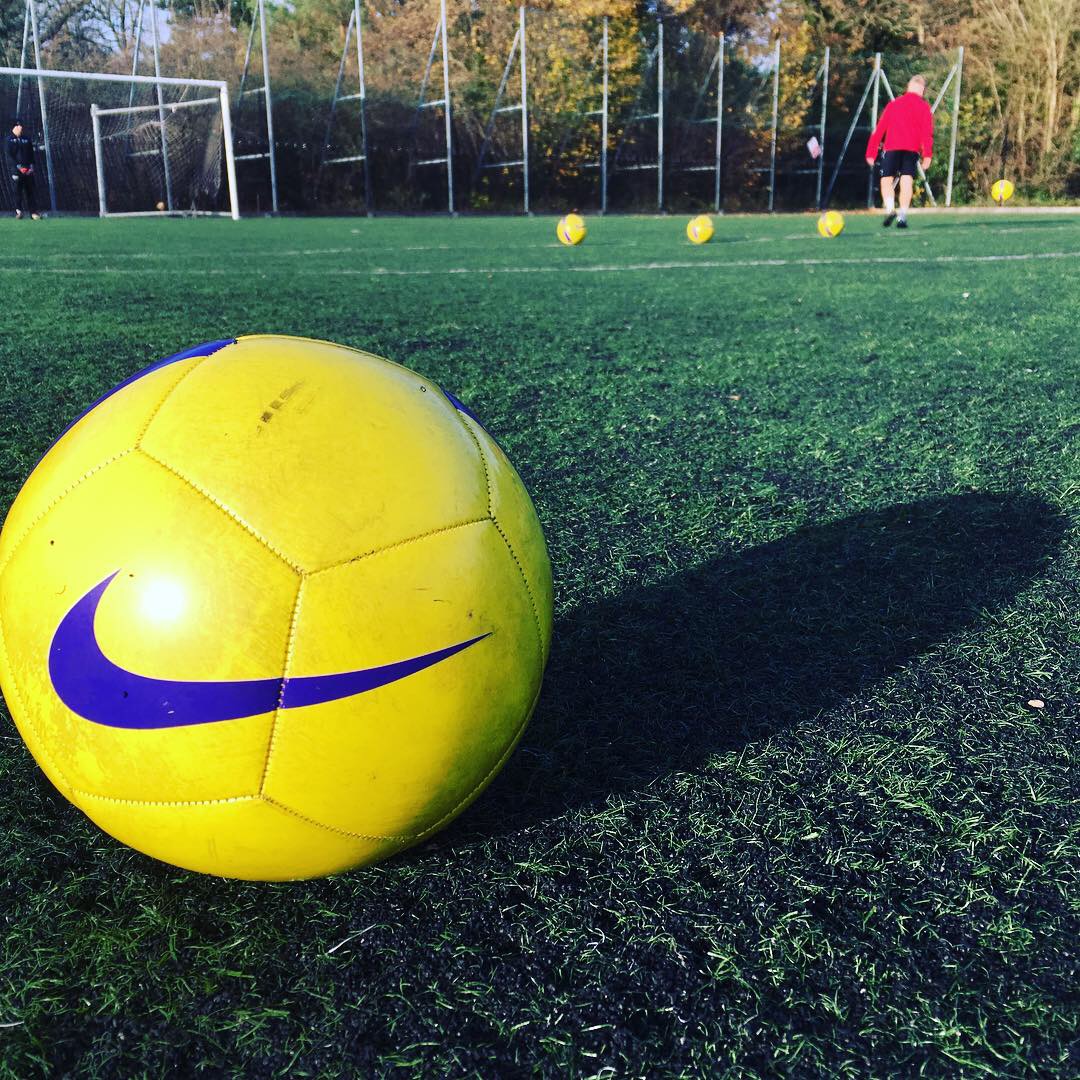 Personal standards are what make us who we are. They are what garner trust, respect, attraction and belief from others. Setting those standards is a lifetime’s worth of education and experience. They do not come by from being offered a trinket or a telling off from another individual.

A case in point, a standard of mine after every Football practice I run is that the players are to lay the bibs out flat, in 2/3 separate piles of the same colour – a pile of red and a pile of blue for example. This is regardless of the age of the group. Having just worked a 3-day camp in Pittsburgh, PA, USA, by day 3, players didn’t need to be asked to do that. It was just done. There was no reward for following that action, just as there was no reprimand for not doing it.

As with school, students are expected to line up outside, hands behind their back and looking forward at the start of the day. After being allowed to get away with not doing this previously, it took a little longer to have this become one of their standards. Still, by the end of the school term, it was not something I had to remind them about.

Setting standards and sticking to them is difficult. Offering a reward or providing a threat is far easier than being consistent with your expectations. It is far easier than accepting mistakes are a part of life and that things will not always go as you wish. Using the carrot and the stick sparingly and in line with your standards when educating your children. Their 25 year old selves will be forever grateful.