Being a parent is one of the most challenging tasks someone will ever face.  Taking care of and bringing up a child creates a well of emotions only a parent can begin to fully comprehend.  It is therefore understandable that parents sometimes become slightly over-enthusiastic when their son or daughter is performing and playing sports.

Sport also has a unique way of taking people on an emotional rollercoaster… and very often to the brink of tears! I know that if many of my friends, colleagues or family members had treated me the way that the team I support has done over the years… well, let’s just say we wouldn’t be speaking anymore!

So, combining the emotions of both parenthood and sports is bound to lead to some highly charged environments. I have seen perfectly sane, friendly people who I have known for years, turn into ‘touch line Mike Tysons’ at U9 youth football games!  I have also witnessed people somehow think they know better than the experienced, qualified, fully trained youth coach who is attempting to do the very best for their child. Place that person in any other work situation and you’d be hard pressed to see that happening.

As Coaches, it is our job to educate the parents as much as the players.  After all, we both want the same thing – for the child to have success (in whatever form) in their chosen sport. This has led me to jotting down the following tips which will hopefully help make sure that both groups of adults are moving in the same direction.

Don’t control their every move 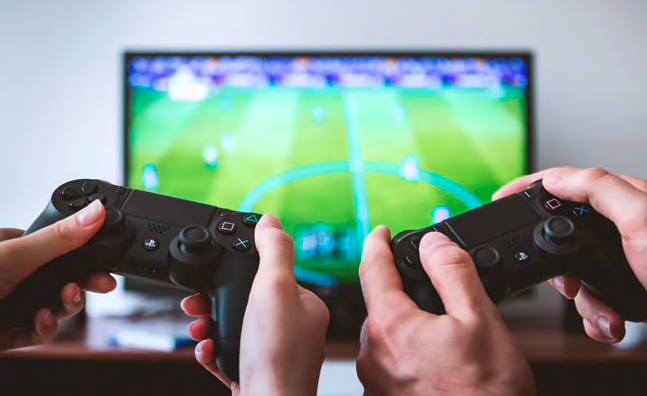 When anybody learns a new skill, mistakes are bound to happen.  I still recall taking the wing mirror off my driving instructors car during my 13th lesson.  Everyone who ever walked fell over numerous times before they could keep their balance long enough to move wherever they wanted to.  Sports are no different.  Yet for some reason, there are adults that feel children need to be controlled like a player in a FIFA computer game.  They constantly tell them “move here, go there, do this, do that”.  Most likely as that is what they have experienced previously themselves.

But let’s place that behaviour in another learning field – school.  Picture the scenario; Little Jimmy is studying for his maths test.  In school, the teacher provides the right amount of help to Jimmy, while giving him ample opportunity to learn from his own mistakes.  While performing his ‘practice’, Jimmy is calm, relaxed and having a lot of success.  He feels good that he can get a good score in the test.

Test day rolls around.  As an experiment, the parents can sit in and watch.  The test starts.

I’m sure we would all agree that Jimmy’s score will probably be a lot lower than he had hoped.  Yet this behaviour happens consistently at sport’s fields throughout the world.

Support your children by giving them the necessary positive support. If they make a great pass/shot/run/jump let them know.  But give them the chance to make their own decisions, even if this leads to mistakes.

I find nothing more frustrating than a parent giving instructions to their child that contradicts what I am asking.  I have 13 years of experience, have worked with players of all ages and levels, progressed children onto national level programs and aided young people into gaining nationally recognized qualifications.  Despite this, I still have parents ‘coaching’ their children at home and during games.

If a child was to be taken to a music teacher to learn guitar, would the same thing happen?  Unlikely.  The music teacher is trusted to do what is right for the learner.  The sports coach should be trusted also.

Everybody needs assistance in all walks of life.  I have a social development coach that I use to help with my relationship building skills.  I have a business mentor to provide guidance for growing my website and I have a professional trainer and fighter for my Muay Thai class.  They are trusted to teach me what I need.  If I have questions I ask them.  But I don’t deviate from the guidance they give.

Your child’s sports coaches are in their role for a reason.  Don’t bow down to Ugly Parent Syndrome.  Give them the time (Rome wasn’t built in a day) and trust that they need, and they will repay it 10 times over.

There is a subconscious belief that some parents have, where they think that others are judging their parenting skills based on the performance of their child on the sports field.  They take a good performance as a personal achievement, and a poor one as a personal slight on them.  This feeling that they are being judged by others is not limited to youth sports.  Many a person (myself included) has felt insecure at some point in their lives about what others feel about them.

Truth be told, I don’t think anyone one else really cares!  One of the best things about being a parent is that you can empathise with others.  If your main concern is your son or daughter’s performance on game day, chances are that the other parents feel the same way about their child.  I don’t have any children, but I do have a sister who is a lot younger than me.  I remember watching her perform at her school sports day and I was exactly the same, my eyes were focused solely on her and her performance.  Although I knew there were other children running, they were not a blip on my radar.

You are not being judged on how your child performs.  Let’s face it, if there are other parents doing that, are they really people whose opinion matters?!